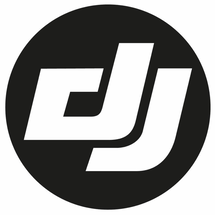 Infusion DJ Factory specializes in hands-on tuition in a relaxed atmosphere at the Infusion DJ Lab studios at 'Just Play' Warehouse in Al Quoz, Dubai. It's a place of practical training, but also as reference and back-up service. The center provides DJ courses, studio for practice sessions and advice on hiring & buying of equipment.

With love and passion for music as the driving force, Infusion teaches & guides you with all the tools you need to build a profile to succeed on your own. The goal of its courses is to share with you the knowledge of mixing records, build confidence in your performance, and help develop your skills for the future of your DJ career.

Infusion DJ Factory is managed by Dubai’s longest running nightlife magazine. With over a decade of experience in the UAE nightlife industry as publishers, promoters, and DJs, Infusion Magazine is expertly placed to equip the next generation of DJs with the skills, knowledge & knowhow to succeed in the industry.

Charl Chaka is a DJ and instructor in Infusion DJ Factory. Charl’s raw energy & zest for life has seen him build a career for over 23 years as a DJ, promoter & entrepreneur with experiences from London, South Africa, Ibiza, Miami to his now residency in Dubai. Forever growing and reinventing himself, Charl has been a key player in Dubai’s nightlife industry for over a decade now. Currently head honcho of Infusion Magazine, the oldest Nightlife & Music platform & authority on the UAE’s nightlife scene since 2005. Charl’s involvement & documenting of the city’s nightlife & entertainment industry has seen him in many ways playing a big part in shaping the history of Dubai’s nightlife scene as we know it today.

He has received numerous awards during his career in Dubai, winning the Technics International DJ Competition back in 2006, voted #4 in the DJ Mag Middle East Poll of 2010. He was the winner of ‘Best Local DJ’ in the TimeOut Nightlife Awards 2012 & featured as ‘Best Local DJ’ in numerous Nightlife Awards since then. From back in 2008 being in the 'Ahlan Top 100 influencers' to being presented the ‘Outstanding Contribution Award’ from HYPE Magazine in 2016, its easy to see his impact & contribution in the Dubai Industry for the last 14 years. He did book Cypress Hill for their first ever show in UAE after all...

As an old-time resident DJ, he is still being booked for his quality sets, playing music from his heart & soul at DJ residences like Blue Marlin Ibiza UAE, Electric Vibes & Moe’s alongside his weekly radio show on DanceFM. Always with a key eye on the future, Charl is always looking to create the next chapter & evolution of himself and this city. As his tattoo says “Music is Life’ so be sure to easily find him grooving on your local dance floor right next to you.