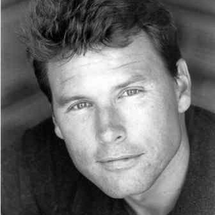 Renowned actor, writer and director Alex Broun is widely regarded as one of Dubai’s leading stage and screen acting teachers. Over the last decade he has run acclaimed workshops and courses in Australia, the USA, the UK, Singapore, Malaysia, India, New Zealand and since 2012 in the UAE.

Originally from Australia and a leading actor in his 20s, Alex appeared in films alongside international stars such as Nicole Kidman and Kylie Minogue, and directed by internationally acclaimed directors such as George Ogilvie (Mad Max 3) and Phil Noyce (Salt). He also appeared regularly in leading Australian TV series such as Neighbours, Home and Away and Country Practice.

Alex has worked regularly for the Sydney Opera House, The Old Fitzroy Theatre in Sydney, the Sydney Theatre Company and Opera Australia.  He has also worked for major performing arts organisations across the globe including The Victorian Arts Centre (Australia), the Esplanade Theatre Centres (Singapore), the Kuala Lumpur Performing Arts Centre (Malaysia), AOTEA Centre (Auckland) and the India Habitat Centre (Delhi) as well as launching the Short+Sweet Theatre Festivals in countries as diverse as Australia, India, New Zealand, Singapore and right here in Dubai.

As a writer he has had over 100 different ten minute plays produced in over 1500 productions in over 40 countries all over the world, including Australia, Canada, China, Chile, Hungary, India, Japan, Malaysia, Pakistan, Philippines, Romania, Singapore, South Africa, Taiwan, UK and the USA. His most popular short play 10,000 cigarettes has had over 200 productions across the globe including being produced in 42 states of the USA.

Playwright Workshop: Take Your Idea from Page to Stage

Philipp Tachas
Review on the class: Short+Sweet: 7-Week Acting Workshop with Famous Alex Broun
"Amazing acting class! Alex is not only a highly experienced and dedicated instructor, but he is also able to bring out the best of every student. Looking forward to taking more classes with him."