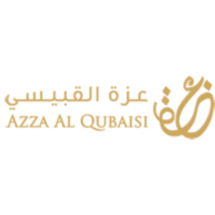 The Arabian Workshop for Jewellery & Gemstones

The Arabian Workshop for Jewellery & Gemstones was founded by Azza Al Qubaisi. Azza is an Emirati jewellery artist, sculpture and designer. She is most often referred as the UAE’s first Emirati Jewellery Artist and known for her public art engagements.

Azza is a self-represented artist living in Abu Dhabi UAE, who enjoys exploration and experimenting with materials and techniques focusing on local and natural materials. Educated in London, she holds MA in Cultural and creative industries from HCT-CERT and BA in Silversmithing, Jewellery design and allied crafts from London Guildhall.

Exhibited locally and internationally in group and solo shows, she represented the UAE in “A 1001 steps Festival” in Helsinki, Finland and was the first artist to exhibit in DIFC in 2005. Her other exhibits include ADMAF at Sotheby’s London, Abu Dhabi and Berlin and UAE national day exhibition at Expo Milan 2015.

Azza has published several books and publications and she has received numerous awards both locally and internationally. She was the winner of the British council YCE Award, Emirates Women Award in Business and Social Contributions categories.

Azza’s creations travel the world as an ambassador of Emirati design for many events and competitions such as: Abu Dhabi Film Festival, Al Dhafra, Liwa Festival and Million Poet.

Classes by The Arabian Workshop for Jewellery & Gemstones

Reviews on The Arabian Workshop for Jewellery & Gemstones
|
0 rating